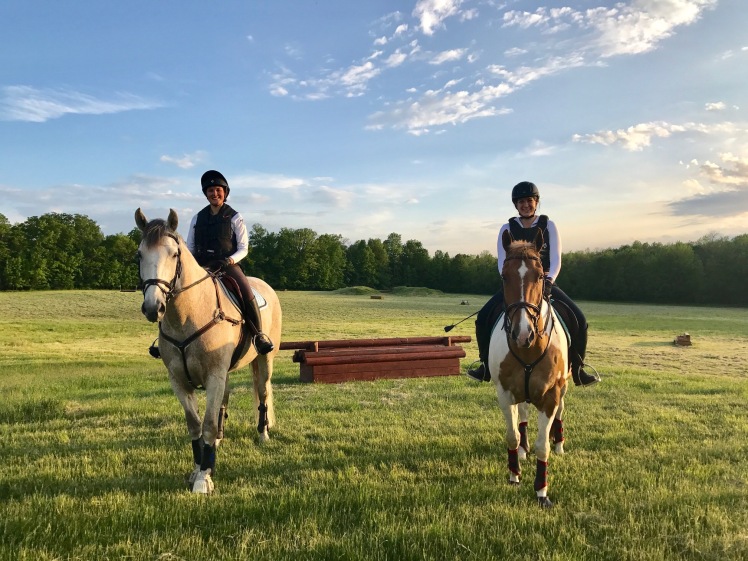 Ever since my first CT back in May, I’ve been contemplating an air vest. One of my team members took a nasty fall and ended up with broken bones in her spine, ribs, wrist/hands, shoulderblade and collarbone. She was not wearing her air vest. She was running Beginner Novice. It was just a freak thing. But it convinced me (and my fiancé) that I should probably get one.

So I’ve been doing research for the last month or so. My first cross country schooling outing reminded me that I should get on it and order one before I enter actual horse trials later in the summer. So: Point Two? Hit-Air? Helite?

We saw a demo of the Helite vest at Rolex. Seemed pretty good, but it’s not widely available in the U.S. (at least according to their site).

Here’s the problem, though. I’ve found some reviews and comparisons, but most of them are done by one of the manufacturers. I just don’t feel like a comparison video made by Point Two is going to tell me much unbiased information. Same for Hit-Air.

ENDORSEMENTS
Not that this will totally sway my decision if I think one is better than another. But knowing what upper level riders use is helpful to know as I try to decide between vests that seem pretty similar.

What I’ve noticed, though, is that Point Two seems to be way ahead of the Hit-Air in terms of marketing and promotion. Helite seems pretty good with their promotion outside the U.S. and they’re just arriving here. I’m not sure if these riders are choosing their vests because they truly believe in them, or because they were given to them.

All my teammates so far have Point Two vests. Reasoning included a range from “it shipped faster and I thought it looked better” to some points about the Point Two inflating inward and outward, rather than just outward.

I honestly cannot figure out if there is a true difference between the different choices. It seems like a preference. I like that the Hit-Air LV is more of a harness that expands a whole lot, versus the Point Two that looks more like a vest. The harness type seems lighter and less bulky. I also like the cost of the Hit-Air LV. For those reasons, I am leaning toward the Hit-Air LV. But, if I were presented evidence that convinced me that the Point Two was $256 safer, I would do go for the safer option. I like that Helite is so transparent about their safety and testing. It was the easiest to find easy-to-understand information about their vests. Point Two has great service and warranty information; the other two, not so much. It is just so unclear!

Do you ride in an air vest for cross country (or anything)? What brand? What made you choose it over the other options?

Go Team USA! 🇺🇸🏅#tokyo2020 #olympics #teamusa
The Chief meets The Babes. 🥰😂 Please notice his reaction was to lick their heads. 😛
My heart lives outside my body now. ❤️❤️
🍀Happy St. Patrick’s Day🍀
Welcome to the world, Parker Joseph and Mason James! Our beautiful twin boys were born early in the morning on March 2nd. We love them so much and are happy to be adjusting to life at home!
This Christmas sure was different than normal, but it was a wonderful one before we become a family of FOUR with our identical twin boys!