This year, I get to half lease Duke! I introduced him last spring and even won a Starter CT on him after riding him, like maybe 5 times. (I know, I know, a huge accomplishment!) I had planned to compete him through the summer, but he got a nasty abscess that turned into a hole in his leg that sidelined him for quite awhile, which was how I ended up with Stryder for a few months.

And now I’m going back to Duke! Hopefully it’ll stick this time. *crosses fingers and toes, knocks on wood*

Here’s a bit about him. 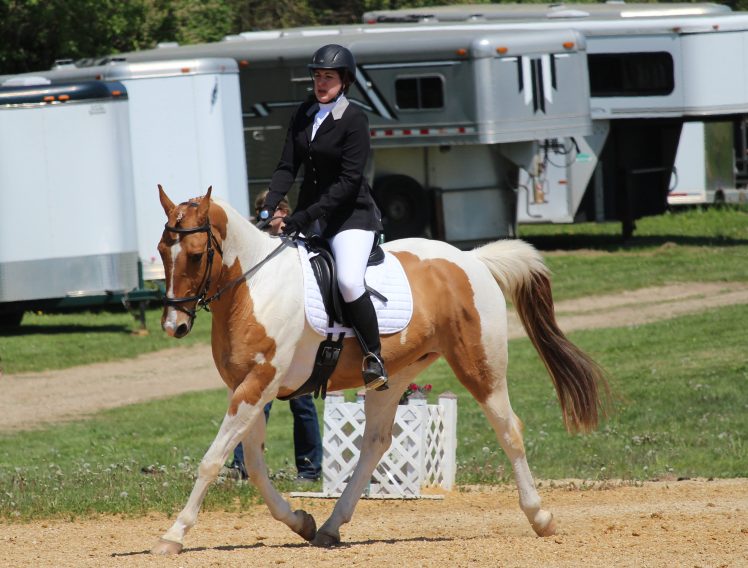 He’s a paint. I do tend to ride a lot of paints. He’s not terribly tall but he takes up my leg just fine. He’s a trier. He loves nothing more than praise and being told he’s a good boy. Except for sour gummy worms. He loves sour gummy worms. He won at Novice in September, piloted by a teammate of mine. He had kissing spine surgery last year, so we baby his back more than normal. His forelock is pretty incredible in its fluffiness. He knows when a camera is on him and strikes a pose – even from across a warm up field. He loves to take the long spot. Like, really long. This is one of the first things we will be working on. And to be honest, we’ll probably always work on it. He just really likes to take a flier now and then.

So that’s Duke. I can’t wait to see what the year brings for us as a team!