Remember that time I told you guys that this summer I would be riding a horse named Artie who was a jumper but we’d be trying out eventing together?

In the past few weeks, I learned that I will instead be competing with a horse named Duke. 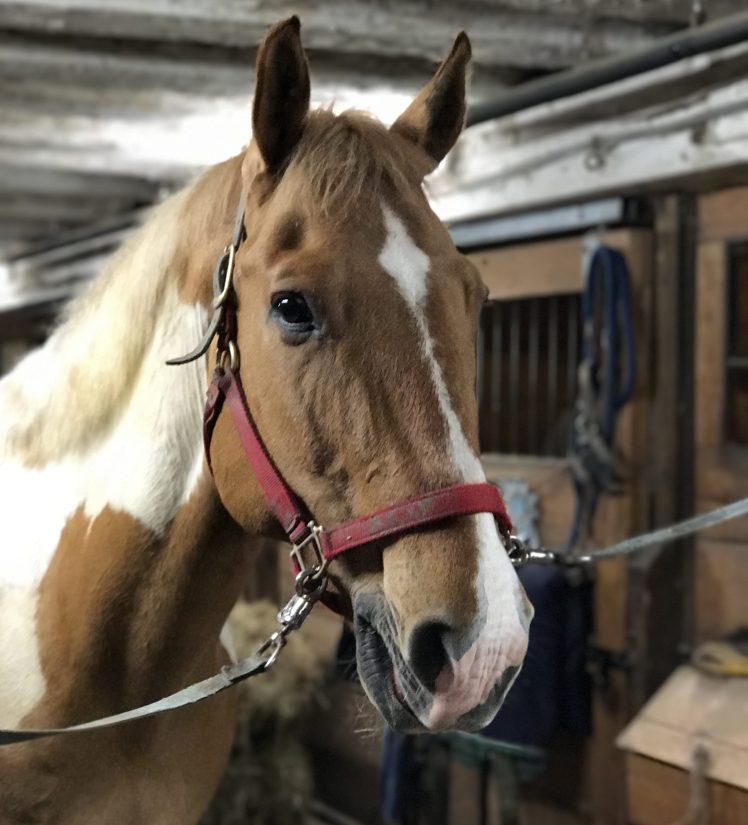 We’re sticking with the paint horse theme here. But he’s still a horse of a different color. (Heh, heh. Get it?) Good thing he looks good in red because the whole cross-country-colors ship has sailed.

Duke is a sweetheart. He has that soft eye and inquisitive personality. But he also ran Novice last summer at his first event ever and placed fourth. That was before he had kissing spine surgery. So he has a beast mode in there somewhere, and he can get really cute and fancy for dressage. You know, when I figure out my own self and how to ask him to be cute and fancy. It’s a work in progress. I’ve ridden him a handful of times and each one seems better and better.

Oh yeah. And we’re doing our first show on Sunday. It’s a Starter Novice CT so it can’t be too terrible and I’m just trying to stay real casual about it. It is easier said than done. 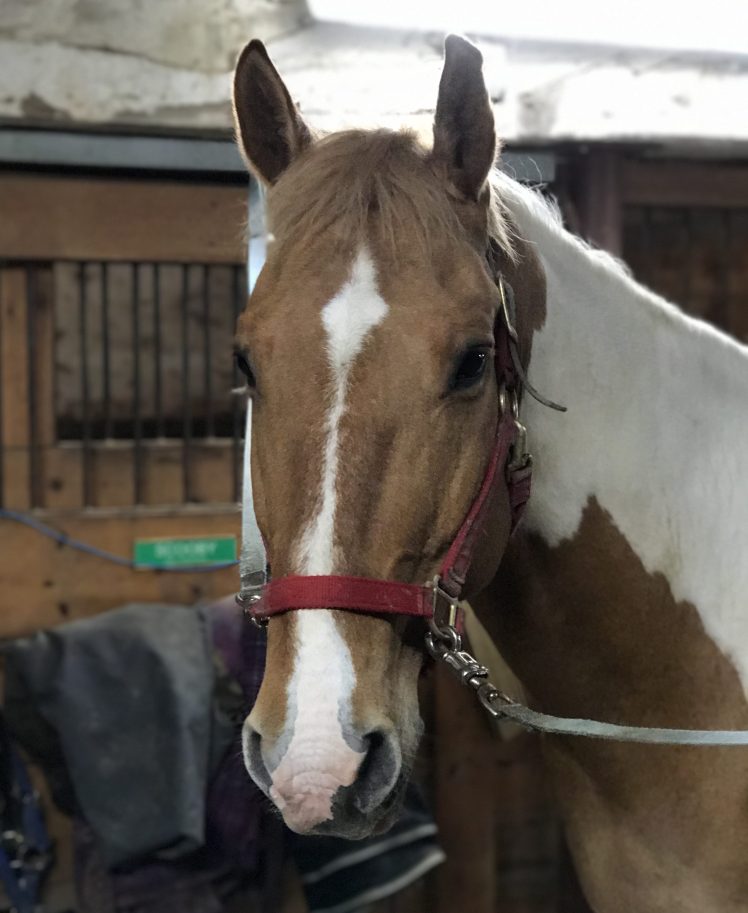 I just can’t seem to shake my paint horse habit!