There’s something about me and paint horses. Specifically, bay-and-white geldings. Three very special ones have entered my life over the past twelve years, each at a time when they were needed.

I got Moses about 12 years ago. He was five and had little training other than walk/trot/canter/stop/turn. He had a great brain and we quickly progressed. He was super athletic and so beautiful. The prettiest horse in the barn, everyone said. He could do anything. Overnight trail rides. Jumping. Kicking butt at games day. Cross country schooling. Drill team. Galloping alone around the one-mile sandy track just to chase our own shadows. I loved him. We were a perfect fit. One of the greatest things I wonder about is how far we could’ve gone together if he hadn’t died. The summer of 2008 was supposed to be our first competition season, he was on-and-off lame and then his hooves slowly fell apart. And that Halloween morning, when he was eight, we had to put him down. My heart was shattered. Even the smell of the barn, the smell I had once loved, was too much. It was easy to avoid; I was away at college. Being around horses was too sad. I quit riding.

Husky, who brought be back

Almost four years later – summer 2012. I had the itch again. I was in a new city with big girl job. I was ready to dip a toe back into the horse world. Just a lesson a week, I said. Just to see how it goes. I arrived for my first lesson and was introduced to Husky. I swear, he and Moses were long lost brothers. 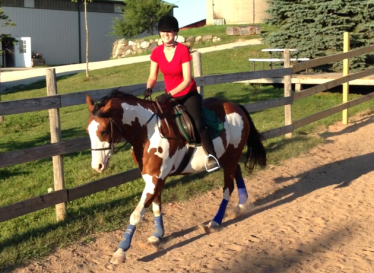 Can you tell them apart? Moses is on the left, Husky is on the right. Each wearing the same sport boots, probably five years apart.

I cried as I drove home.

And just like that, I was back into riding. Husky helped me find that soul-restoring peace that only exists at the barn. One year later, I started showing a little. And a few years after that, I met Drifter and began that beautiful journey. All thanks to Husky, the paint who brought me back.

Artie, who is a new adventure 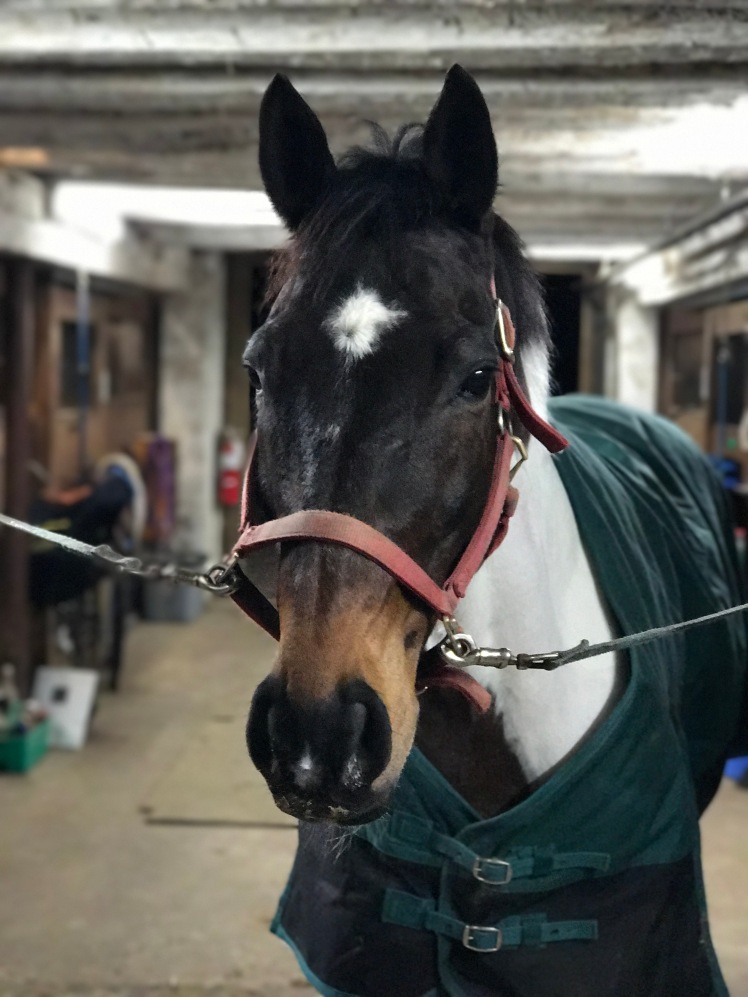 Artie would not be mistaken for a third long-lost brother, but he completes the triad of paint horses who have helped me take significant steps in my horsemanship path. He’ll be the horse I compete this summer in my first attempts at eventing. It completes the circle; it finishes the story I should’ve had with Moses. He’s a sweet, uncomplicated guy (as long as he has his earplugs in!). His ‘yes-ma’am’ attitude is confidence-building. He can be a fancy-prancy pony when you ask him. He’s a gem. I can’t wait to see what we can do together this year.

We owe so many thanks to these beautiful creatures, don’t we? We may joke about our equestrian problems and our dirty cars and how non-horse-people don’t understand why we spend so much time with or thinking about horses. But at the core, our horses are our lives. Thinking about these three humble, extraordinary paint horses illustrates that for me; because where would I be now without them? They took my life’s course and changed its direction.

And I truly, deeply, thank them for that.