I LOVE thinking of fun horse names. Will I ever use 99% of them? Nope. That’s okay, it’s still fun…which is why I’m so pumped for Hand Gallop’s blog hop! 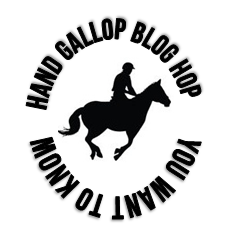 What’s the origin of your horse’s show name and barn name?

Since I’ve begun working with Drifter with the goal of showing him (in like two years so, yes, I’m ahead of the game here), I have had the unique opportunity of choosing a show name that I will actually use. Trying to do this is kind of hilarious, really. On a recent road trip with my (non-horseback rider) sister, I was trying to explain to her about choosing a show name for Drifter. Some examples of show names were the ones from our barn: Rosabelle Blue Fox, Duramax Diesel, Long Overdue For You, He’s A Dandy Man, and – the award winner for weirdest – Dun in Hockeytown.

We made up a game for the road trip: we would alternate turns saying the first word we could think of, and the results would be possible show names. Some notables were along the lines of “Orange Triangle Tree Line” and “Construction Grass Blue Traffic.” Needless to say, none of them were winners for Drifter – but we did laugh so hard we cried!

Back to business. Drifter’s barn name apparently comes from his Foundation Quarter Horse lines that trace back to Driftwood. I wanted to come up with something catchy and competitive-sounding that incorporated that, but it took a long time to come up with anything that made sense or seemed like a good fit. (I know, I know – since when do show names need to make sense?)

Long story long: I finally picked one that seems like a winner! And most likely we will show together with the name Catch My Drift.

Warning: I considered not telling the name I chose because it’s kind of like when you are picking your future kids’ names and you don’t tell anyone in case they like it and take it for themselves. But I think it’ll be okay, because I am (un)officially laying claim to the name for the hunter/jumper local circuit in Wisconsin. 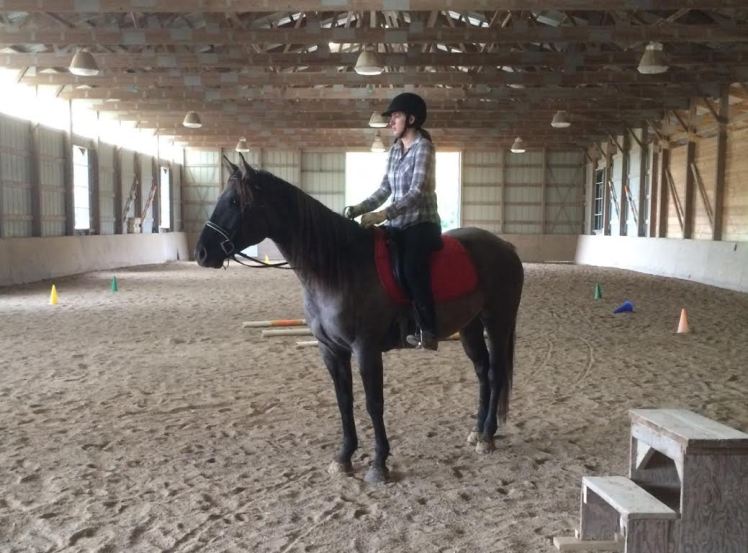 Updated 10/15/14, 2:21 p.m. CST: I used to have a horse named Moses, and I picked that name out for him based on his registered name. He was registered as Hol E Deuteronomy. (Why? I’m not sure.) Deuteronomy being a book of the Bible containing sermons given to the Israelites by Moses, I chose that as his name. It fit him well. Better than “Dude” which was the obvious derivative from Deuteronomy, and to which I was like, “just…no.”

What do you think? Do you like “Catch My Drift” for Drifter? Would you have picked a different name based on “Hol E Deuteronomy?”

5 thoughts on “Hand Gallop’s Blog Hop: What’s in a Name?”